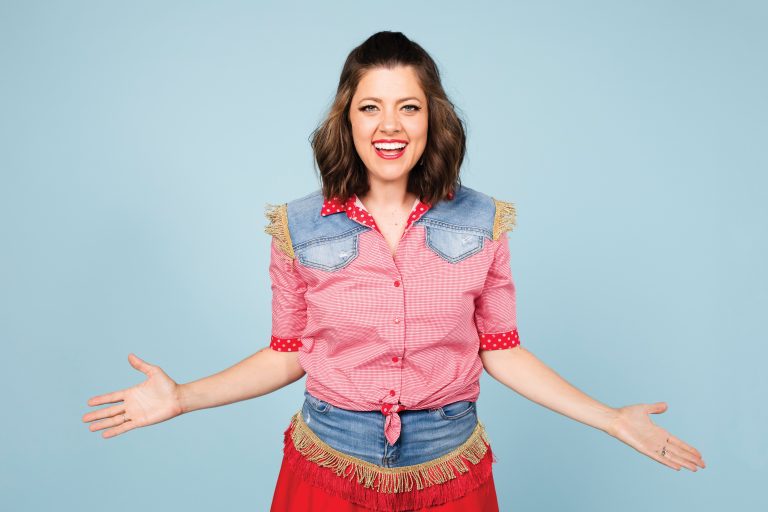 THE KID’S GONE COUNTRY II – FUN FOR ALL THE FAMILY

Award winning Country Singer, Amber Lawrence, is back with new music for kids and the kids at heart!!

In fact, her brand new kids album ‘The Kid’s Gone Country II – Fun for All the Family’ is an album that will have the whole family singing along!

The Kid’s Gone Country II is the third instalment in Amber’s catalogue of children’s music (The Kid’s Gone Country (which included the viral hit song ‘My Big Mack Truck’ and Aussie Aussie Christmas), and is an album full of fun, and catchy tunes about country life, animals, adventurous and sometimes mischievous children, inner beauty, fun in the sun, dirt, drought, and plenty more. This time around, Amber had her two year old son, Ike, to use as inspiration for many of the songs – including the outdoorsy ‘Ike’s Gone Hiking’ and ‘Ike’s Bike (Ride a Bike).

The first single to be released from the 18 Track Album, is an energetic country/punk song called ‘We Live in a Zoo’.  How many times have your parents/carers said ‘this place is a zoo’? (in reference to the messy state of the house?), well Amber has turned that idea into an imaginative, crazy household where Giraffes, Penguins, Meerkats and Hippo’s live happily together under one roof. It’s cheeky and is a favourite amongst the kids who have already had a sneak peek listen of “The Kid’s Gone Country II’. A fun video accompanies this release.

Amber Lawrence is a 4 time – Golden Guitar winning Australian singer-songwriter who captures the nation’s attention and heart with her uplifting songs of self-belief, love, family and ordinary Australians.

Whilst many musicians and artists stagnated through 2020 due to the effects of Covid-19 shutdowns, Amber’s creativity thrived and she launched her ARIA number 2 charting DVD – Amber Lawrence Live, collaborated on three separate releases, including the successful re-imagination of True Blue alongside Aleyce Simmonds, Dianna Corcoran and Kirsty Lee Akers, and is just about to release her third children’s Album ‘The Kid’s Gone Country II’.

In 2019 Amber Lawrence launched her 6th studio album, Spark – nominated for CMAA Album of the Year, Female Artist of the Year and Contemporary Album of the Year. It was also the second highest selling country album for 2019 (behind Lee Kernaghan).

A former Qantas Airways employee, and Chartered Accountant, Amber risked it all in 2008 to pursue a career in music. The risk paid off in 2015 when Amber was awarded the iconic and prestigious ‘Female Artist of the Year’ award for her song ‘Superhero’, at the 2015 CMAA Golden Guitar awards – the highest accolade for country music in Australia. This was quickly followed up with the Country Music Channel 2015 ‘Female Artist of the Year’ Award.  This was the first time in history that an artist has won both awards in one year.

In 2017, Amber was asked by the American Australian Association to perform in New York to commemorate the 75th Anniversary of the Battle of the Coral Sea. Amber performed the anthemic song ‘100 Year Handshake’ in front of dignitaries and celebrities including President Donald Trump, Prime Minister Malcolm Turnbull, Ambassador Joe Hockey, John Travolta and hundreds more.  Amber wrote and recorded the commemorative song ‘100 Year Handshake’ for the event.